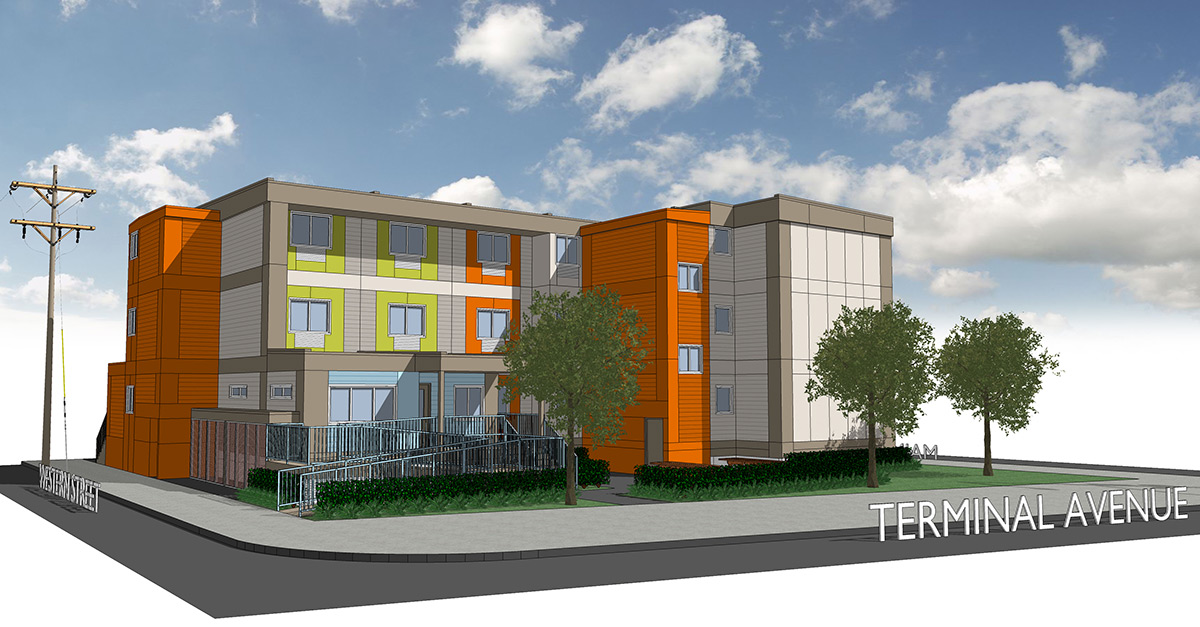 VAHA acts as a catalyst for the creation of a diversity of housing options that are more affordable than what the private sector provides.

The Vancouver Affordable Housing Agency (VAHA) is a legally independent agent of the City of Vancouver that leverages city and partner owned land to create new housing projects that offer both, a greater diversity of home options and greater affordability than what is currently offered by the private market.

In 2014, Vancouver City Council, acting on recommendations from the Mayor’s Task Force on Housing Affordability, approved the creation of the Housing Agency. The Housing Agency’s mandate is to expedite the delivery of diverse housing options with greater levels of affordability to help achieve the objectives set out in the City of Vancouver’s Housing and Homelessness Strategy.

The 3-storey building will contain 39 dwelling units that use modular construction to provide housing on sites on a temporary basis, to be operated by a non-profit organization selected by VAHA.

Modular housing is a form of construction that consists of multiple sections or modules that are typically manufactured off-site. Completed modules are transported to the building site and assembled by a crane. They can be placed quickly and house residents almost immediately after setup.

This project is being developed for people on very low incomes who are facing displacement. We will be looking to expand this pilot and address other housing needs as we receive feedback from the public.