In the Press: Coast Hotels – Oliver

In the Press: Coast Hotels – Oliver

Oliver’s New Hotel to Use Modular Construction for Speedier Build 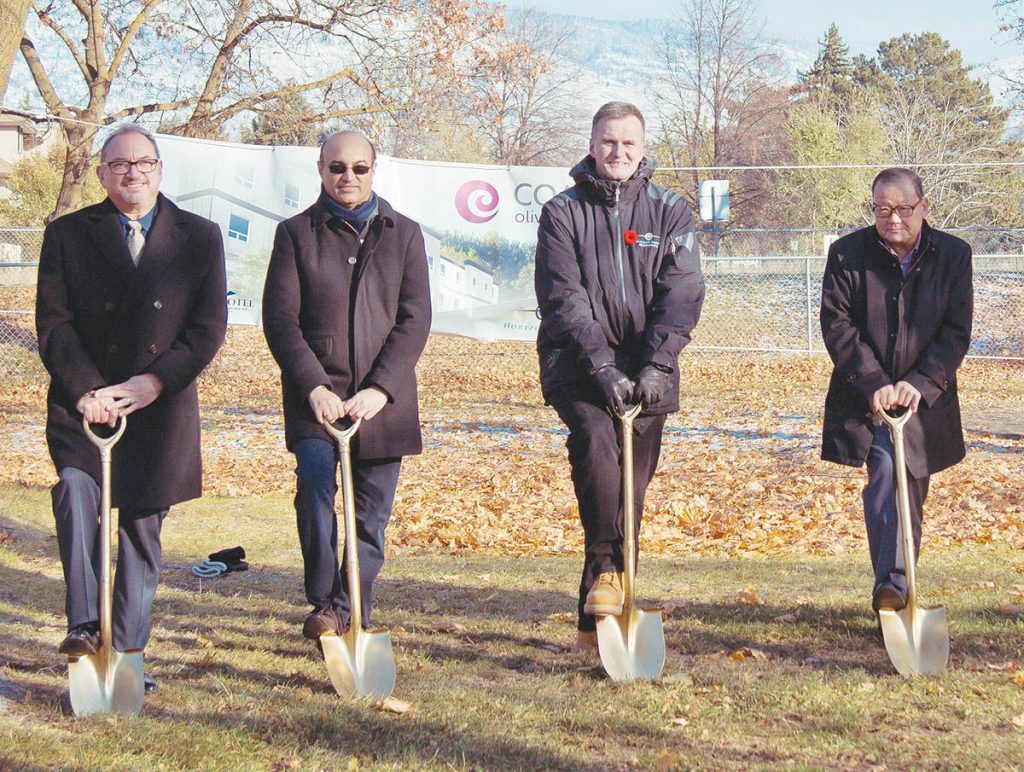 Construction of Oliver’s first full-service hotel will be sped up by using pre-manufactured pieces that are put together at the site, the company behind the project announced Monday at a groundbreaking ceremony.

Pieces of the 83-room hotel will be built in a factory by Calgary-based Horizon North, which will then ship the components to site for assembly.

“Our combination of quality innovation and the ability to manufacture in an environmentally controlled facility allows projects to be completed in significantly less time than traditional site-built products,” said Horizon North president Rod Graham.

“We believe that modular construction techniques will change the way projects like these and are excited that Ron shares our vision for the future.

The new site in Oliver at the former Centennial RV Park will be the eighth property in the Kamloops-based Mundi Hotel Enterprises portfolio.

It will operate under the Coast Hotels banner, as its “mid-market appeal and refreshingly local brand identity pairs perfectly to Oliver’s target market.”

“It has long been recognized that Oliver needs a full-service hotel to complement events in the community and greater Oliver,” said Mayor Ron Hovanes.

“We are thrilled to invite Mundi Hotel Enterprises and Coast Hotels to Oliver, and lucky to have special people like Ron Mundi who have a great vision for what things can be, rather than what they are not.”

The hotel is expected to be open in time for next summer. A second phase with restaurant is in the cards for 2019 or 2020.

Mundi is also putting up a 95-room hotel on Eckhardt Avenue in Penticton on the former Playtime Bingo site. That project is expected to be complete by next fall.

In the Press: Ramada Inn